A middle-aged man who pretended to be mentally ill has been apprehended in Ilorin, the Kwara State capital.

Our correspondent learnt that the man, whose name could not be ascertained, as of the time of filing this report, was apprehended near the state Ministry of Environment and Forestry along the Ahmadu Bello Way in Ilorin.

Sources said when he was searched, a cheque of N100m, pictures he allegedly took with top politicians in Nigeria, four automated teller machine cards, male and female condoms, Valium injections and Infinix Hot 5 phone were found on him.

The sources said the man, who would have been lynched by a mob, was rescued by another man dressed in a native attire.

An eye-witness who pleaded anonymity, said she got there when people caught the fake madman. She said she witnessed how the man was searched.

According to her, she ran away when it seemed the mob might lynch the suspect.

The picture of the man and a brief description of what transpired when he was apprehended quickly spread through the social media.

But the Kwara State Police Public Relations Officer, Mr. Ajayi Okasanmi, said he could not confirm the discovery of the fake mad man, adding that all he saw was a picture of the purported man circulating on the social media. 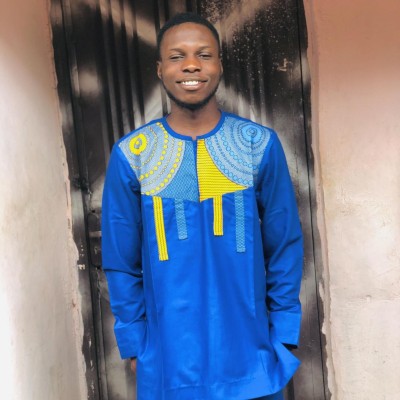 Dhanny Jhay Is Proudly A Student Of Adekunle Ajasin University, A Determined young blogger, Artist, Music Promoter, Able to work under little or no supervision and a team player. Get more info. about me via, Instagram: @Dhanny_jhay and via whatsapp: 08155384887
[email protected]
https://urbangist.com.ng

https://urbangist.com.ng
Dhanny Jhay Is Proudly A Student Of Adekunle Ajasin University, A Determined young blogger, Artist, Music Promoter, Able to work under little or no supervision and a team player. Get more info. about me via, Instagram: @Dhanny_jhay and via whatsapp: 08155384887

Sat Mar 28 , 2020
Covid 19 Is Getting More Serious As 11 new cases of Coronavirus have been recorded in Nigeria. The Nigeria Center for Disease Control NCDC, said of the 11 cases, eight were detected in Lagos, two in Enugu and one in Edo state.   Download Our Mobile Application (Android Device)   […]

Big Question!!: Who Is The Most Impressive Artist In 2019

Translate To Any Language